There’s probably more posts about clothing on the blog than it has been for a while and it’s simply because I’m finally feeling inspired to create outfits again. It’s interesting to try out a vintage inspired style, it may not be the most dramatic change but it has turned my closet somewhat upside down. Clothes I’ve been collecting for my entire adult life is no longer getting as much wear as they used to. It is a little bit like starting from scratch and it made me think of everyone that get into the alt/goth scene and feel overwhelmed by how much new stuff “you need” in order to look dark and spooky.

A few staple things make up most of my outfits and those are:

All above is exactly what I started with for the vintage adventure. Ever since I bought the swing skirt it has been my first choice of clothing almost every day. It works really well with any regular t-shirt or top I own. But….there is a problem with sweaters, something I have zero of that could work with said skirt. It’s too cold without a thicker layer now and all my winter tops are long, too fucking long to be tucked in at the small of my waist. Something needs to be done. But there is so, so, so much to choose from and it feels like no matter what I pick, it won’t be enough. Blouses, vests, ruffles, lace, tweed, velvet… Just like when I started to dress goth as a teen, I feel kind of lost.

After a lot of googling it seems like what I’m looking for as a starting point is a pretty standard, knitted cardigan. They have been worn throughout the 20th century and are easy to find in stores. Unless you’re being impossible, like me, and want it in wool (because I have a desk job and freeze to death without proper insulation). 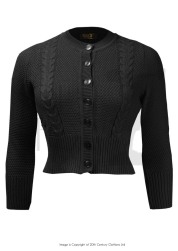 One inspiration to this comes from Norma Bates in Bates Motel. She is one of my favorite fictional characters and her style is very distinct, classic and strong but still feminine. I want to achieve something like that but in a darker color scheme. Maybe with some graphic tees in the mix. Norma would probably disapprove, as she so often does when it comes to outrageous and modern ideas. Except for the ones that include killing for survival. “But I didn’t defend myself, I killed the crap out of him” could be one of the most hilarious, yet serious lines ever. Now I feel like watching old Hitchcock movies instead of having some sort of life. 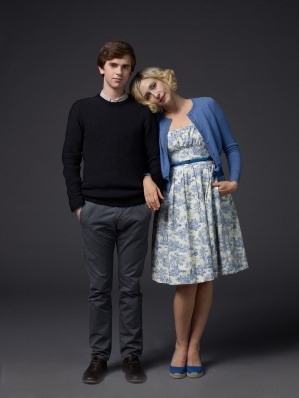 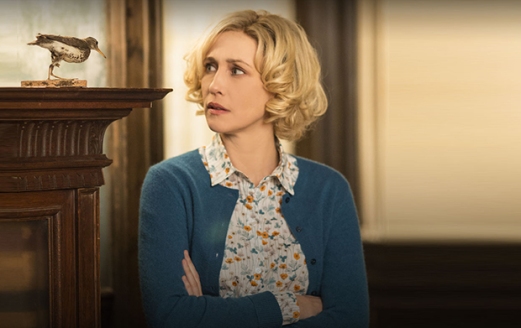